One Up Solutions Northwest Blog The Pros and Cons Remote Work Has to the Environment Remote work is often lauded for its various benefits—and don’t get us wrong, there are certainly plenty of them to account for. However, it must also be said that remote work is far from perfect. Take the environmental impacts it can have, for instance. Let’s discuss how working from home can prove better for the environment, while also addressing the serious problems it has contributed to—and, just maybe, how we can help minimize some of them.

Let’s begin by looking at some of the positives to remote work, in terms of the environment.

According to the Environmental Protection Agency, transportation is the largest source of greenhouse gas emissions, and that such emissions increased by a not-inconsequential 3.7 percent from 1990 to 2019. Furthermore, the U.S. Energy Information Administration reported that 2019 also saw 142.71 billion gallons of gas burned.

If you’re reaching for a calculator, that’s an average of around 390.98 million gallons per day.

Consider, for a moment, how much of a difference it would make if we could remove a large portion of that expenditure by adopting widespread remote work. If just 3.9 million people worked from home for half the time, the reduction in greenhouse gases would be akin to taking 600,000 cars off the road for a full year. Back in 2015, Xerox implemented a telework strategy, cutting 41,000 metric tons of emissions and saving 4.6 million gallons of gasoline.

On a related note, a remote workforce also allows a business to decrease their use of energy in terms of climate control and lighting—which often (but not always) means that less energy is being used to control a large space as compared to a smaller one. We’ll dig into this further a little later.

On a related note, there are various benefits associated with fewer emissions that remote work can help to promote, reducing the level of air pollution a common thread between them. A study taken in London in the midst of the COVID-19 pandemic revealed that emissions reduced by 25 percent during the morning commute and by 34 percent in the evening.

This is not nothing. Decreasing the amount of air pollution also decreases the amount of acid rain that occurs, makes algae blooms (sudden increases in algae in water systems that kill off the local biome) less likely, and helps to support our own health.

Did you know that the average American uses, on average, 680 pounds of paper each year, and that the world produces 300 million tons of plastic in the same span of time? Working from home, however, helps reduce these levels by encouraging the use of paperless solutions, while simultaneously creating an environment that relies less on single-use plastic products and more on sustainable methods.

However, now that we’ve gone over the major environmental benefits, we’d be amiss if we didn’t address the problems that remote work introduces as well.

Okay, so remember how we discussed how a remote workforce allows a business to use less energy to keep its workspace climate under control? Here’s the problem with this: research conducted in the United Kingdom reveals that—at least in the winter—the energy used to heat the office was less than the total it took to heat each remote worker’s home. As a result, working from home could in this way be counter-productive, environmentally speaking. That said, most people keep their homes fairly livable even while they are at work.

There’s a lot to dig into here, so let’s start by laying out the groundwork: different regions around the world produce and use their energy in very different ways, creating different environmental scenarios to consider. For instance:

In short, there is no easy answer to whether or not remote work is a better option, simply due to the variables involved in calculating its costs and comparing them to its benefits.

How to Improve Your Environmental Impact While Working Remotely

If you and your team have taken to remote work, there are a few things that can be done to help improve your combined environmental impact. One simple place to start is to have your home (or remote workplace) assessed to determine how to make it more energy efficient. Such assessments can improve energy efficiency by up to 30 percent, which is considerable when compounded with some of the other energy-saving measures we’ve reviewed here.

Otherwise, there are additional ways to cut back on your energy expenditure and environmental impact while at home—cutting back on the electricity you use wherever possible, using the time you save on your commute to prepare more eco-friendly food options, and making sure you recycle as much as you can.

As for the office, share some ideas with us as to how you’ve made your space as environmentally friendly as possible!

One Up Solutions Admin

One Up Solutions Northwest is proud providing a solution to any technological problem our clients may encounter. Whether it is cell phones, Internet connections, firewalls etc., if it has to do with technology, our customers have us as a single, trustworthy source for solutions. We have a wide network of partners and interface with them to save the customer time and ultimately get the most value for the solution that they are looking for.

More posts from author
Tuesday, 30 November 2021 What You Need to Consider When Implementing Cloud Tools
Saturday, 27 November 2021 People Are Quitting and It’s Getting Expensive for Businesses
Thursday, 25 November 2021 Is Your Virtual Private Network Actually Securing Your Data?

No comments made yet. Be the first to submit a comment

By accepting you will be accessing a service provided by a third-party external to https://www.1upnw.com/ 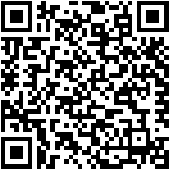