Austin’s Grassroots Take the Government For a Ride

One Up Solutions NW: On a professional and personal level, I have found One Up Solutions to offer outstanding customer service! In particular, for the non-tech-savvy individual, like myself, if feel like my questions are answered in a way I can comprehend. Their team is highly responsive to my company’s inquiries and their attention to […]

With the recent failure of Proposition 1 in Austin, Uber and Lyft were both banned from the city. The vote was especially interesting because Austin is usually known for being on the cutting edge of technology, as a center of Bitcoin commerce and VR tech, among many other things. However, the people of Austin quickly rose to the occasion to provide its own solution even in the face of a deep disagreement about the major driving apps. 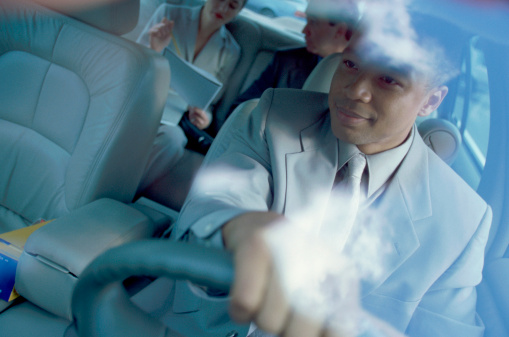 Wait: Austin is Mad at Itself?

The law that is blocking Uber and Lyft is a proposition, meaning that it was voted on by the population. There is no government bogeyman in the shadows to blame; however, rumors abound that some Austin City Council members who had a personal vendetta against the two companies exercised undue influence to stop Uber and Lyft from entering the city. On paper, the proposition was voted down because of a disagreement over fingerprint faced background checks. Fair enough. Everyone in the city seemed to understand the negative economic impact that voting down the proposition would have, and that is why the solution below came so quickly from the cooperation of people both for and against the proposition.

The people of Austin seemed to want a service that was like Uber and Lyft even if those two companies somehow put themselves out of favor with the population. The result, created by people on both sides of the proposition voting, is RideAustin.

RideAustin is a completely nonprofit transportation network company (TNC) that is unique to Austin. Believe it or not, the regulations the city has in place scared away all of the other startup for-profit TNCs that were looking to replace Uber and Lyft. This actually ended up being genius on the part of the citizens of Austin, because a nonprofit TNC has many advantages.

The Benefits of Non Profit Status

Because RideAustin is a nonprofit, it is much easier to fund from tax-deductible contributions. The investors in the project are not worried about getting their money back, so the risk is not the same as an investment in a for-profit TNC. The additional benefits are that RideAustin does not have to think about scaling into other cities, easier press and more natural community goodwill and a tap straight into the bleeding heart liberal millennial population of Austin. As a matter fact, many of Austin’s top tech moguls contributed to the project, both in financial resources and in technical expertise.

Did Uber and Lyft Sell Themselves Short?

Still other rumors had Uber and Lyft acting incredibly arrogant during the voting phase of Proposition 1, perhaps undeservedly so. As one of the most forward thinking, green and liberal cities in the United States, Austin is literally the perfect target market for these two companies. However, the transportation network company model may actually benefit more from the misstep, as the technical prowess and investment capital behind RideAustin is almost sure to innovate new things into the paradigm.

More of the Advantages of RideAustin

RideAustin will begin its tenure complying with all Austin ridesharing regulations. The company will be fully transparent because of its status as a nonprofit. Its analytics will be completely open to study, and Austin now has a personal foothold in an industry that is taking over the world with another chance to be a leader in the field.